It’s been a week that I joined a new team at work. The project I was working on since joining the company closed last to last week. Last weekend, I was slightly apprehensive of how the week would turn out to be.

As it was, I returned home late (past 10 pm) all the five days. I reach office at between 8.30 – 9.30 AM, so I have been spending close to 12-13 hours at work every day. It’s not new for a lot of people in the company, but when I was in the old project, we did some good hours (close to 9-10 hours) . I had predicted the change in hours beforehand, as the current project is a pilot.

This is also my first time experience working with an onsite. One day, during the call our onsite, an American woman, told us she had burritos. i wasn’t aware what it was, so I googled. From the look of it, I felt that it is similar to the Indian rolls. The base of an Indian roll is a roti or a chappati, which is quite similar in shape to the tortilla used in Tex-Mex burritos.

I am planning to make egg rolls tomorrow for lunch. It feels nice to cook yourself something nice once in a while. I made pasta today. For dinner I am thinking some rice and cauliflower, let’s see. 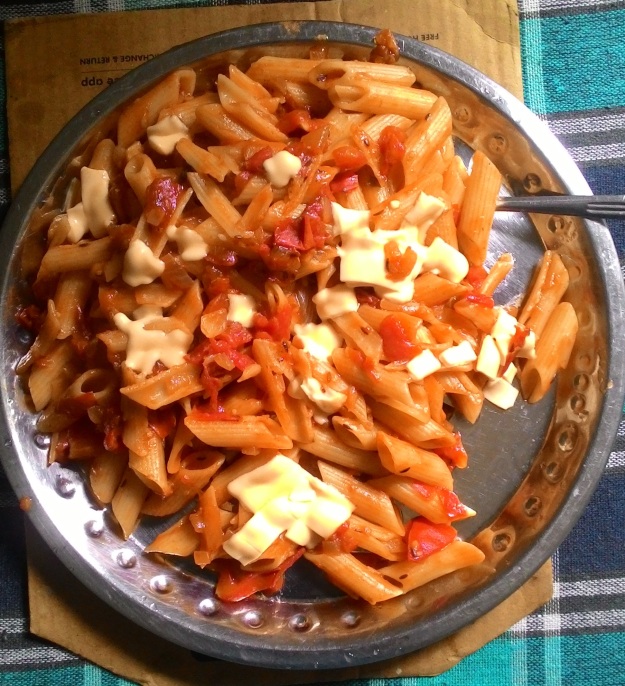 It is gratifying how much you could learn in a year. When I came to Bangalore for the first time, I knew how to make a few things, but that was it. Now, I am a pretty reliable cook. Last to last weekend I had a teammate over and made parathas.

Yesterday we had team outing at Smaash. I had my first try at bowling. I suck at it. I tried almost 10 times and couldn’t hit a single pin! I kinda lost interest in it after that. I liked Vertigo though, I enjoyed the experience feeling like I was walking on a narrow plank miles above the ground level. It is amazing how Virtual Reality can trick your brain. The food was decent, but I have noticed that I very rarely like outside food that I eat here in Bangalore. I have had the chance of eating out in Kolkata, and it used to be so good that I kept wanting more. I don’t feel the same about Bnagalore. Then again, I have hardly eaten out much.

How has your weekend been going so far? Share with me in the Comments!

2 thoughts on “Rotis and tortillas”